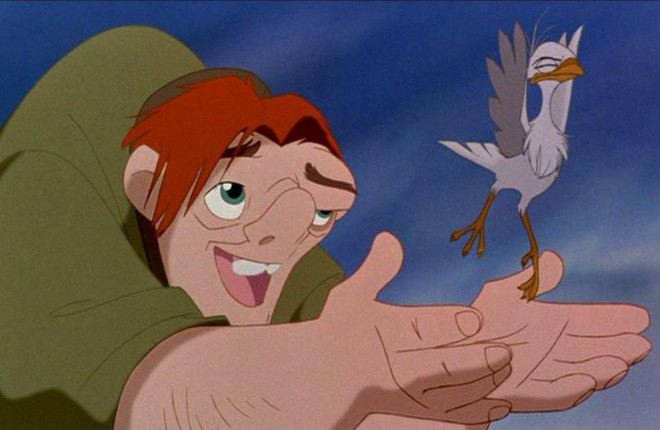 I’ve gotta admit: this article kinda goes against the core values of what The Pop Culture Studio is all about.

I mean, it seems more than a little mean spirited to sift through 78 years of Walt Disney Animation Studios history to weed out the clunkers – especially given how many hits they’ve had compared to misses.

And yet, after recently re-watching one of the entries on this list for the first time as an adult, I found myself reminded that Disney will occasionally release the odd animated feature that will leave you wondering aloud just what exactly they were thinking in the first place.

Now, with one exception, all of the films that follow are actually pretty decent – one is even an undeniable classic – but it’s still fair to say that each represents an instance where the House of Mouse didn’t quite get it right.

I know – sacrilege, right? But whilst Fantasia is certainly a fine example of the craftsmanship present during the Golden Age of Animation, as an actual film, it has always left me a little cold.

On the one hand, you’ve got to give old Walt props for daring to try something different, and you don’t get more experimental than a two hour series of bravura-level animated vignettes set to classical music.

But as a child I struggled to make it all the way through (although I was always enthralled by the “Night on Bald Mountain” sequence), and even as an adult, I confess that parts of the movie still drag for me, despite all the visual panache on display.

I think for the most part, I struggle with the vast patches of screentime without any real plot or characters. It’s for this reason that I’ve always jumped up in my seat when “The Magician’s Apprentice” rolls around, as it stars an actual protagonist – Mickey – facing a clearly defined problem framed by a (admittedly basic) narrative.

Ultimately, it seems that Fantasia is proof that all the visual artistry and technical craft that makes Disney animation so legendary counts for nothing when not used in service of the well-developed stories and characters that earmark the studio’s best offerings.

A lot of people tend to forget about Hercules.

For this outing, Disney took the epic and pathos-laden story of the everyone’s favourite strongman and turned it into a mash-up of Superman: The Movie and Greco-Roman mythology, undercutting the resultant tale with comments on heroism and celebrity, and handing narration duties over to a sassy gospel singing troupe.

Yes, that does actually sound pretty awesome, and the end product works pretty well, but it all feels like a bit of a missed opportunity to do something in grander vein of The Lion King or Beauty and the Beast.

That said, there’s some decent songs – “Go The Distance” is a great power ballad – the monster battle set pieces are thrillingly realised, and James Woods (as the wisecracking Hades) and Danny DeVito (as gruff satyr Phil) are both a lot of fun.

All this means that what you’re left with is a solid yet entertaining flick that you’ll be forgiven for not remembering in too much detail soon after you’ve seen it.

By all accounts, Pocahontas was developed with the well-intentioned idea of preaching racial harmony and condemning social and environmental exploitation.

However, it turns out that re-casting the historical meeting between the Powhatan tribe and British settlers as an inspiring love story really doesn’t fly, for obvious reasons.

Also, no matter how respectfully the Pocahontas team was in their approach to Native American culture, giving it a Disney spin it was always going cause problems (way to rob them of one more thing, guys).

Almost as bad as any cultural offence caused – obligatory cute animal sidekicks aside – the whole thing feels a little pretentious; internally, the Disney staff all thought this would be the next big prestige picture, and that self-importance shows

On the plus side, the visuals are up there with the studio’s best work, and the soundtrack has an absolute barnstormer in “Colours of the Wind”, but it’s hard to avoid the feeling that the whole enterprise was a bit misjudged.

2. The Hunchback of Notre Dame

“We’ve got our work cut out for us gang.”

This was almost certainly the reaction by Disney’s marketing team to the news that the studio’s next major motion picture was going to be an animated adaptation of The Hunchback of Notre Dame, Victor Hugo’s decidedly adult gothic tragedy.

Honestly, I do not know what the logic behind this one was (it’s the inspiration for this list, in case you were wondering).

Taking a story filled with sexual overtones, which features dark insights into human nature and behaviour, and making it into a bright children’s film – complete with chatty stone gargoyles and a happy ending – seems a pretty baffling choice.

Unsurprisingly, the result is a wildly uneven story that includes more than one unsettling scene – hunchback Quasimodo’s torment on the wheel is especially harrowing – and features the lead villain singing an extended solo about lust and eternal damnation.

Just to be clear: this is something that actually happened.

To be fair to those involved, the sweep of the visuals in The Hunchback of Notre Dame is unquestionably breathtaking, and the songs – whilst not quite reaching iconic status – are generally hummable, but despite a strong central theme of looking past appearances, this really is a bit of a crash and burn for Disney.

1. Song of the South

Hoo-boy, Song of the South…

This one will immediately make sense to anyone familiar with the film – which won’t be many of you, as it’s never been officially released on home video in the United States.

Anyway, for those of you who don’t know, Song of the South is set in Reconstruction-Era Georgia, and centres around the animated folk tales told by former slave Uncle Remus.

Much like with Pochahontas, this represents yet another example of Disney trying to tell a race-relations story with the best of intentions, and proving that intent and outcome are rarely the same thing.

General consensus with this one is that its heart is definitely in the right place, but that it paints a dangerously simplistic – even idyllic portrait – of the era which is filed with offensive stereotypes.

When Song of the South was released in 1946, many African-American rights groups were justifiably outraged, with some even organising picketing at cinemas.

At the same time, it should be noted that several groups, including the NAACP, acknowledged the artistic merit of the film and the lack of malice on the part of the filmmakers.

Looked at through this charitable lens, the animation is as fine as you’d expect from the original Disney masters, Oscar-winning song “Zip-A-Dee-Do-Dah” certainly does charm with its life-affirming simplicity and James Baskett offers a great turn as Uncle Remus, a role which landed him an honorary Academy Award (making him the first black performer to receive an Oscar).

Nonetheless, in the end Song of the South is largely a strong case for taking what you can from “problematic” art and moving on.

That’s a wrap for this edition of Soapbox – now it’s your chance to join in! Agree? Disagree?