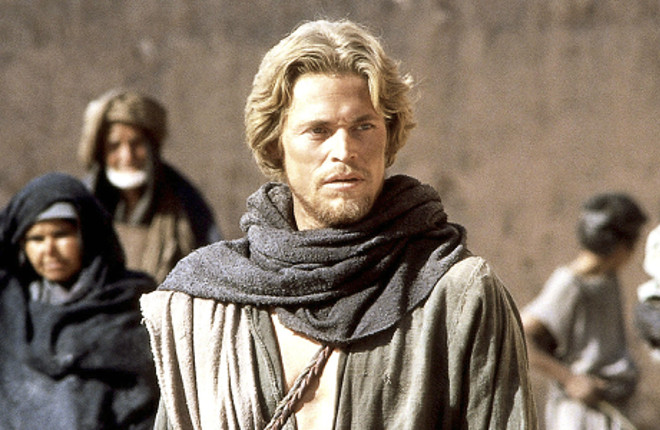 It’s Easter this weekend, so it’s only natural to find oneself thinking about the many cinematic depictions of the life of Jesus, even if you’re an atheist like me.

There have been many famous takes on the story, and which you prefer depends greatly on your mileage.

If you like your Biblical tales packed with spectacle, then 1965’s The Greatest Story Ever Told – with its four hour runtime, majestic Jesus (in the form of Max von Sydow) and star-studded cameos – is likely to be your jam.

Should you prefer your Christian cinema with a contemporary edge and catchy tunes, then the 1973 big screen adaptation of Andrew Lloyd Webber’s Jesus Christ Superstar is surely for you. And if you’ve got a strong stomach for violence (not to mention fire and brimstone theology), Mel Gibson’s 2003 effort, The Passion of the Christ, might well be right up your alley.

But if you want to know my recommendation for the film to watch this Easter – the one that really gets under the skin of what life must have been like for Nazareth’s most famous export – without doubt it would be Martin Scorsese’s 1988 masterpiece, The Last Temptation of Christ.

Based off the equally-controversial book by Nikos Kazantzakis, the film offers up a lot to digest, including a thoughtful meditation on the importance of symbols over their source of inspiration, and a smart lecture – delivered by David Bowie! – on the nature of societal change.

At its heart, though, The Last Temptation of Christ is an exploration of the internal conflict experienced by Jesus thanks to his contradictory status as both a divine spirit and flesh and blood human.

As embodied by Willem Dafoe in a moving and raw performance, the Jesus of the film is a man susceptible to the failings of any other, plagued by self-doubt, lust, fear and anger.

He’s a guy understandably confused by a divine plan revealed to him only in fragments, who doubts his ability to lead people, who rails against his cruel, impending fate and who desires a wife and family of his own.

In fact, this Jesus is so relatably mortal that, when offered the chance to bail out on the whole “death by crucifixion” part of the plan, he actually accepts the offer.

In what will eventually be revealed to be a ploy by Satan (who else?), Jesus is convinced that God’s plan doesn’t really involve sacrificing his only son, and that it was all just a big test.

Understandably relieved, Jesus happily skips out on his Messiah duties, fathering a bunch of kids and living to ripe old age, in what can best be described as a twisted inversion of the third act in It’s A Wonderful Life.

It’s not until Jesus is on his deathbed that the Devil’s deception is revealed, and witnessing the suffering of his people and the horror of a world without the salvation only he can bring, Jesus at last willingly and completely accepts his role as the Son of God and all that it entails, returning to his prophesied death on the cross.

There, he utters his immortal dying words, “It is accomplished”, and the delirious rapture etched on his face in this moment, after being tested spiritually, emotionally and physically before emerging triumphant, makes for an undeniably inspiring ending.

It’s this uplifting quality that Christian critics of The Last Temptation of Christ – who get caught up on things like scenes of Jesus building crosses for the Romans or getting busy with Mary Magdalene – totally miss about this interpretation of their saviour’s life.

See, by painting Jesus not as an aloof deity who never once wavers in his mission, but rather as living, breathing man perpetually tormented by his own needs and desires, Scorsese and screenwriter Paul Schrader seek to emphasise his divinity, not deny it.

Because there can be no victory without sacrifice. No success without struggle. And no integrity without temptation.

Movies about religious subjects are always a dicey proposition, as viewers bring with them some pretty strong preconceived notions in terms of what they expect to see.

Nevertheless, if you possess an open mind and you’re looking for an intelligent and heartfelt film to watch this Easter, you owe it to yourself to check out The Last Temptation of Christ.

That’s about it for this Soapbox rant – now it’s over to you!