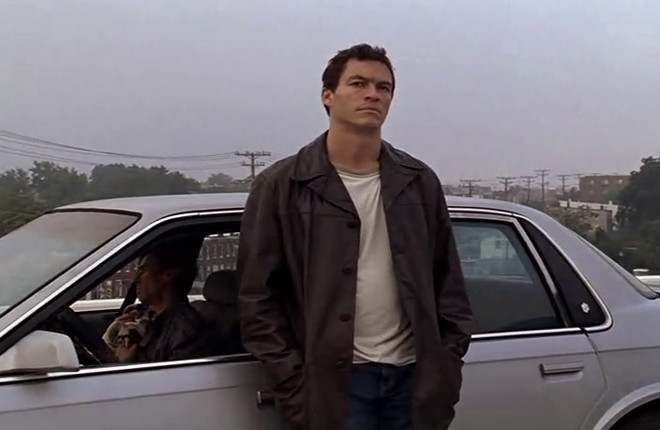 This year marks the 15th anniversary of The Wire – creator David Simon’s blistering HBO crime drama widely (and rightly) regarded as one of the greatest TV shows of all time.

So much more than a mere police procedural or gangland soap opera, The Wire almost defies classification, continually growing in geographical, psychological and thematic scope, ultimately offering up a highly nuanced and well-realised discussion on – and indictment of – American society and its institutions.

It’s actually this dizzying level of complexity that has, to date, kept me from writing anything about the show, despite it being my all-time favourite TV drama – frankly, I’m just not sure I’m smart enough to do it justice.

Still, it seems criminal (sorry…) to let this milestone pass without making any comment, especially given how ripe The Wire is for analysis, so for this month’s Anatomy Lesson post, we’re going to take a look at the series finale, “–30–”, which provided the perfect send off to five of the most brilliant seasons to ever grace the small screen.

I’m guessing that by this point, if you’re still reading you’re either a fan of The Wire or someone oddly interested in how TV shows you’ve never watched ended, but just to play it safe – SPOILER WARNING! Seriously: if you’re planning to watch the show and enjoy it unspoiled, stop reading.

For those of you who don’t remember (and are too lazy to watch the above YouTube clip), “–30–” wraps with former Detective Jimmy McNulty (Dominic West) pulling his car over to the side of an overpass and gazing out over Baltimore, before launching into a closing montage that updates us on the fates of the majority of our lead players, some of which resonate more than others.

THE MORE THINGS CHANGE, THE MORE THEY STAY THE SAME

We learn that the drug trade remains unsurprisingly strong on the corners of impoverished neighbourhoods, and that the police continue to wage the same ineffective war on drugs that they always have, oblivious to the real threats, including the spider-like machinations of The Greek (Bill Raymond), who remains unknown and untouchable.

This doesn’t come as too much of a shock, when we see that officers who are bureaucratic at best and incompetent at worst – such as Deputy Commissioner Rawls (John Doman) and Deputy Commissioner of Administration Valchek (Al Brown) – have been promoted to even more senior positions.

Of course, these promotions aren’t the result of any perceived merits the officers in question may possess, but rather come off the back of political wheelings and dealings, most notably with newly-elected Governor of Maryland, Tommy Carcetti (Aidan Gillen), who has at last completed his metamorphosis from flawed yet idealistic rising star to a man completely subsumed by his ambition, utterly unable to affect any positive change in Baltimore despite his ever-growing political power.

Adding another kick to our collective guts, we also witness fabulist hack Scott Templeton (Tom McCarthy) awarded the Pulitzer Prize for his fabricated investigative efforts, whilst Gus Haynes (Clark Johnson) – a principled reporter and demoted city desk editor – reminds shunted to the editorial sidelines, suggesting that the real story of the problems at the heart of the city isn’t likely to get told any time soon.

But maybe worst of all, we see that Dookie (Jermaine Crawford) – a kind-hearted, intelligent young teen – has finally become a full-blown heroin addict, transforming into a mirror of the series’ main addict character, Bubbles (just as Dookie’s friend Michael is earlier shown to become a new incarnation of legendary stick-up man Omar Little).

That’s not to say it’s all doom and gloom in The Wire finale; Simon and co-writer Ed Burns are too smart to insist that life is only heartache and unhappy endings.

For starters, we see Lestor Freamon (Clarke Peters) enjoying retirement from the police force. Despite the acrimonious nature of his departure – he and McNulty were forced out after their fake serial killer scam (enacted to gain much needed resources for their investigation) was uncovered – he seems at peace with the idea of living out his days in the company of his girlfriend, making doll house furniture.

Then, there’s the revelation that Assistant State’s Attorney Rhonda Pearlman (Deirdre Lovejoy) has been elevated to the judge’s bench; as a capable and generally moral person, she’s a worthy appointment that we as an audience welcome, even as we know she’s at least a little tainted from her role in covering up McNulty and Freamon’s scandal.

This leads straight into another big reveal: ousted Commissioner Cedric Daniels (Lance Reddick) has moved on to become a criminal defense lawyer. Taken alongside the ascension of Pearlman – who he is in a relationship with – this at least suggests that two decent (albeit flawed) people are still active in Baltimore’s judicial system.

The biggest moment, however, comes when Bubbles (Andre Royo) is allowed to come upstairs and join his sister and her son for dinner, having kicked his heroin addiction at long last. Of all the (very) hard-earned victories in The Wire, this personal triumph manages to rank higher than anything – including any of the major arrests – thanks to how much the audience has come to care for Bubbles and root for him to achieve redemption.

THE REAL MAIN CHARACTER IN THE WIRE

After this, we’re treated to a series of snapshots of life in the city and the people of all races and backgrounds who inhabit it, providing us with a farewell tour of a series of familiar places – including the projects, the police department, the docks, the schools and city hall – all of which came together seamlessly to create a world as tangible as our own.

Then it’s back at last to McNulty, and it’s almost as though this has been a moment of recognition for him, as if he’s finally seeing Baltimore in a complete sense, and even he doesn’t quite seem to make peace with his city, he at least seems to have reach some kind of silent understanding of it.

As he drives off – the homeless guy he exploited as part of his sham investigation beside him – we’re treated to one last, lingering shot of Baltimore, and (as many, many other commentators have pointed out before) we receive confirmation that the city itself is (and always has been) the main character in The Wire.

MORE THAN JUST YOUR AVERAGE MONTAGE

Wrap-up montages have been a staple of film and TV finales for some time now, and in the wrong hands, these can come across as forced and artless. Not so here, were every creative and thematic decision seems perfectly judged.

There’s the choice to kick-off the montage from McNulty’s point of view, which seems extremely fitting as he was the first lead character we met, and circling back to him only enforces the cyclical sensation undercutting proceedings.

Then there’s the flourish of playing The Blind Boys of Alabama’s cover of “Way Down In The Hole” over the entirety of the scene, another nod back to Season 1 (the track played over the credits). This represents one of the few instances of non-diegetic music used in the show, lending the audio more power than it might otherwise have, and the lyrics – which suggest the struggle to keep evil and temptation at bay – work nicely with the visuals without being too on the nose.

Speaking of visuals, The Wire has always excelled at presenting its bleak, gritty world in in a hyper-real style, and that’s certainly the case here. This understated look isn’t immediately apparent when compared to the more impressive aesthetics of, say The Sopranos – regularly (and erroneously) used as a comparison with The Wire – but without it, we wouldn’t be able to fully accept the Baltimore of the show as a living, breathing environment.

Obviously, a scene like the finale montage isn’t going to provide the best showcase for the cast of The Wire, but it’s a testament to the uniform brilliance of the actors involved that even in a sequence of brief vignettes, they are able to communicate volumes often through little more than a raised eyebrow or wry grin.

A SCENE (AND A SHOW) WITH A MESSAGE

Of course, what really makes this scene – and The Wire itself – really tick are the themes lurking within its subtext.

In short, Simon is really concerned with throwing a light on the endless loop of crime and corruption in the city, and how engrained both are in the dysfunctional institutions within the city (and, as indicated by a brief glimpse of an American flag, the country at large).

And so it is that Templeton will continue to get away with reporting fake news (talk about prescient fiction!), just as editors at The Sun will prioritise the wrong stories for the front page, even as the people with a clue of the issues plaguing Baltimore are pushed to the side.

It’s also the case that City Hall and the Police Department will repeatedly fail to adequately combat the issue of drug-related crime in the city due to internal power struggles and individuals’ ambitions, with the spill-over being a huge cost in human lives (and just as importantly, quality of life).

The finale of “–30–” hints pretty strongly that this cycle may never truly be broken, with driven careerists such as Carcetti and Rawls likely to always put their self-interest above the needs of others, and vulnerable souls like Dookie turning to drugs after being beaten down by a system gamed against them.

Yet by showing us that capable, mostly-moral people like Pearlman and Daniels can still operate within the system, and – most of all – by granting us the gift of Bubble’s triumph, Simon seems to be arguing that whilst positive change might be virtually impossible on a systematic level, it can at least be achieved on a personal one.

That’s the best we get, and maybe the best we could hope for – after all, The Wire was always a show about hard truths and confronting questions, not easy answers…

That’s it for this Anatomy Lesson – let me know your thoughts in the comments below or on Twitter or Facebook!