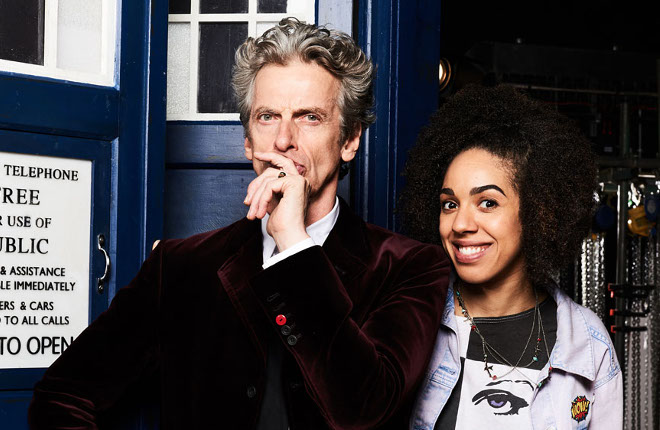 Doctor Who Series 10 is now well under way, and yet rather than focussing on the mystery at the heart of this newest story arc – and seriously, what is the Doctor guarding in that vault? – many fans seem more fixated on who will take over from current series lead Peter Capaldi when he departs the show in December.

As even the most casual Doctor Who fan will already know, one of the key conceits of the show is that our hero is a Time Lord, an alien capable of “regenerating” after sustaining a mortal injury – a convenient plot device that allows a new actor to take on the role of the Doctor when the current star decides they want to call it quits.

With Capaldi and showrunner Steven Moffat set exit when the credits roll on the 2017 Christmas Special, there has been a huge amount of speculation – and, inevitably, equal amounts of excitement and outrage – at the prospect that incoming series mastermind Chris Chibnall will make history by casting the first ever female Doctor.

Whilst a recent statement by the BBC seems to have dashed these hopes, plans for Series 11 of Doctor Who are far from set in stone, and there is still a slim chance that a woman may yet be given the keys to the Doctor’s time travelling TARDIS.

Read on to learn why a female Doctor MUST happen – for the good of the Doctor Who franchise and its fans – and for a few thoughts on which actress should fill the role!

COULD IT EVEN HAPPEN?

Ostensibly one of the major sticking points for Doctor Who fans against the introduction of a Time Lady taking over the reigns was an argument related to in-universe mechanics: that every time the Doctor regenerates, only his appearance or age can be altered, not his gender.

This line of reasoning was finally (and canonically) quashed in the final episode of Series 9 proper, “Hell Bent”, which showed a male supporting character regenerate as a woman. One wonders if this was merely a tip of the hat from Moffat to the more progressive members of the series’ viewership, or to set a precedent for a future Doctor to debut sans Y chromosome.

So from a purely storytelling perspective, there are absolutely no roadblocks preventing the next Doctor from being a woman – but what about from a real world, behind-the-scenes angle?

Well, it’s worth noting that the BBC has allowed Doctor Who to become more and more socially progressive since its 2005 relaunch, featuring a multicultural cast and incorporating at least two LGBT supporting characters – bi-sexual Captain Jack Harkness (John Borrowman) and new lesbian co-star Bill Potts (Pearl Mackie) – so this wouldn’t constitute a particularly left field move for the show.

And although the previously mentioned comment by the BBC suggests that the next Doctor is almost certainly not going to be a woman, not only is the statement carefully worded enough to allow the Beeb to change its mind, but a lot can change in pre-production, so certainly it COULD happen.

But why should it happen?

Over the last 50+ years of Doctor Who, we’ve seen the Doctor tackle outlandish obstacles from 12 different points of view.

While the Time Lord remains fundamentally the same person after each regeneration, with the same core traits – including bravery, eccentricity and unbridled, joyous curiosity – each new incarnation has brought with it a new expression of that core personality, whether in the form of a baby-faced 20-something, a cantankerous older gent or (typically) something in the middle.

The major underlying consistency, however, is that all of these different personalities still shared an inescapably male perspective – we’ve never seen how a woman with the Doctor’s distinct personality quirks would handle any of these situations.

As such, the introduction of a Time Lady would massively reinvigorate the Doctor Who franchise by virtue of bringing with it a fresh new point of view.

Sure, we’ve seen how a bloke from Gallifrey would face down tyrannical salt and pepper shakers the Daleks countless times by now (to the point where the novelty is definitely starting to fade), but seeing how a feminine touch might be used to resolve this threat would allow the series to offer something truly original.

SOMETHING FANS HAVE NEVER SEEN BEFORE

This in turn leads me to what a female Doctor would give to Doctor Who fans themselves: stories that they’ve never seen before, owing to creative avenues opened up by the Doctor’s new gender – which is kinda the point of a show based around exploring (and revelling in) the unknown wonders of the universe.

But more than this, a gender-swap for our favourite Time Lord could also give us a fascinating series-long arc fans never even knew they wanted: the Doctor having to come to terms with his new gender identity.

Again, this ties into giving fans something they’ve never seen before, by revitalising old concepts; we’ve seen the Doctor adjust to a new sense of self before, but never to such a dramatic extent!

As befits a show as tonally broad as Doctor Who, this character development could be played equally for heartfelt emotion and light-hearted laughs (there should always be room for both, in Doctor Who and in life), but it would mean that the series could now explore more than just new worlds and timelines, but also concepts of gender identity and sexuality.

Would the Doctor’s sexual orientation stay the same? Would it shift? Would it evolve, to a point where such classifications were essentially meaningless? These are all interesting ideas to work with, but they’re also incredibly important when you consider Doctor Who’s wider fanbase.

Without doubt the most important reason the BBC should opt for a woman to take over as the Doctor is that – aside from the majority of the franchise’s straight fanbase (who, like me, would simply be intrigued by the show’s new direction) – this new direction and its related storylines would appeal to minority fans of Doctor Who who are struggling with their own issues relating to sexuality, most importantly, trans viewers.

If you think about it, in the event that the Doctor does indeed switch from a man to woman, he is essentially transitioning (albeit metaphorically), and watching the typically-unflappable Time Lord adjust to his new Time Lady body, and this being accepted both by Bill and, eventually, himself, would be a powerful statement that would resonate with these viewers.

So as you can see, there’s a pretty strong case in favour of the next Doctor being a woman – which of course begs one final question: who should Chibnall and the BBC cast in the role?

WHO SHOULD PLAY THE THIRTEENTH DOCTOR?

So which lucky gal should be handed the sonic screwdriver and keys to the TARDIS next?

In a lot of ways, that’s a question worthy of its own article, but I will say that there a lot of fantastic candidates being bandied about in the press and by the bookies – including Olivia Colman, Helena Bonham-Carter and Lara Pulver – but my pick would have to be Tilda Swinton.

Provided Swinton is available – she’s in pretty big demand, given she’s a phenomenally talented, Oscar-winning actress – and that she’s up for the hectic production grind of a TV show (I’m not sure it would suit her), she not only possesses the acting chops, but also the otherworldly quality that is needed to portray our hero (or heroine, as it were).

But whoever they cast as the next Doctor, I don’t care – provided they go with a woman!

So there you have it – my argument for why Doctor Who needs to cast a female Doctor. Agree? Disagree? Let me know in the comments below or on Twitter or Facebook!